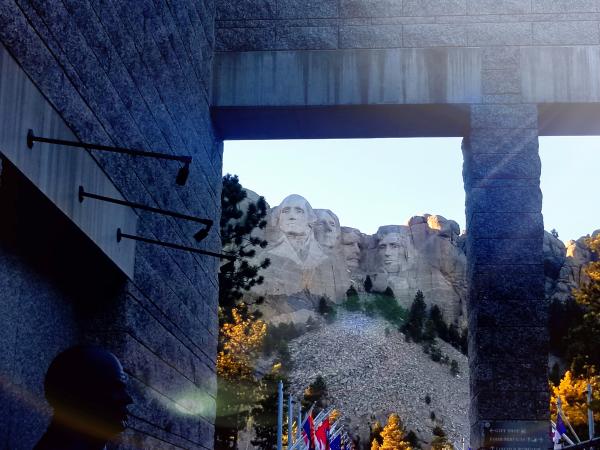 In 1923, South Dakota state historian Jonah LeRoy “Doane” Robinson was searching for ways to bring more tourism to the state.  He contacted Danish sculptor Gutzom Borglum, who at the time was creating a sculpture on Georgia’s Stone Mountain.  Borglum made the trek to South Dakota, and in 1927 put the first chisel to what we now know as Mount Rushmore.  Using dynamite and a process called “honey-combing,” Borglum and 400 workers carved and blasted the famous faces of George Washington, Thomas Jefferson, Teddy Roosevelt, and Abraham Lincoln into the stone of the mountain.  Borglum chose the presidents for their roles in upholding and expanding our Republic, stating that “America will march along that skyline.”

The National Parks Department took the project under its jurisdiction in 1933.  Sadly, Gutzom Borglum died in March of 1941 and never got to see his beloved project finished.  Borglum’s son took over the task, and the sculpture of the stone faces was declared completed in October of 1941.  Over the years, many additions have made their way onto the grounds of the National Park, such as the Visitor Center in 1957, and the Avenue of Flags in 1976.  Here are some things to look for, and what you should know before you go!

How do I get there?

There are several different ways to get to Mount Rushmore.  If you’re staying with us at the Baymont in Sturgis, the fastest way to get there is to travel east on I-90, through Rapid City, and up Highway 16.  Plan for around an hour drive.  If you are interested in cruising through the beautiful Black Hills, the most scenic way to get there is a little roundabout but a really nice drive. Travel up beautiful Boulder Canyon and pass through Deadwood (maybe make a quick stop on your way to throw a few dollars in the very first slot machines you’ll see, right at Deadwood Station).  From Deadwood, you’ll take a left onto Highway 385, a right at Three Sisters Corner, and drive through Hill City. (We promise, you’re almost there!)  About five minutes out of Hill City, make your final left-hand turn onto SD Highway 244.  Then you’ll be at Mount Rushmore.  This relaxing drive takes around an hour and a half.

What is the best time to go?

Mount Rushmore National Park sees around three million people every year.  According to the National Parks website, the busiest months are June, July, and August.  May, September, and October are not as busy, but are also very popular months to visit.  As for time of day, it depends on what you are interested in seeing.  In the late spring, summer, and early fall, the Information Center, Lincoln Borglum Visitor Center, Sculptor’s Studio, and Carver’s Café stay open between 9pm or 10pm, depending on the season.  For more detailed information on hours of operation, click here.  We recommend going at night in the summer, as the park puts on a top-notch light show behind the monument.

What should I do and see when I’m there?

There are tons of different activities, educational sights, films, and historical artifacts from the project.  At the Lincoln Borglum Visitor Center, you will find basic information about the park, film and museum exhibits, and a bookstore.  While you’re walking the Avenue of Flags, be sure to look for your state’s flag!  The Information Center has more information about the monument, as well as info about the local area.  Inside the Sculptor’s Studio, where Gutzom Borglum worked from 1939 till the time of his death in 1941, you will find a 1/12th size replica of the sculpture.  There are also tools used by the sculptors, and park Rangers give 15-minute talks about the workers, tools, and techniques used to create the memorial.  (The Sculptor’s Studio is only open May through October.)   If you love nature, you can walk the .6 miles and 422 stairs of the Presidential Trail; it will get you closer to the mountain, and you might get to see some local wildlife.  For the youngsters, the park offers a Junior Ranger program.  And last but not least, enjoy a yummy meal and some hand-scooped ice cream at the Carver’s Café, which also hosts a gift store.

Mount Rushmore National Park is considered on of the seven wonders of the modern world.  It’s an amazing feat of human engineering, and it should definitely be on your bucket list!

“Excellent place to stay along I-90. Close to Deadwood, but quiet and very well kept” 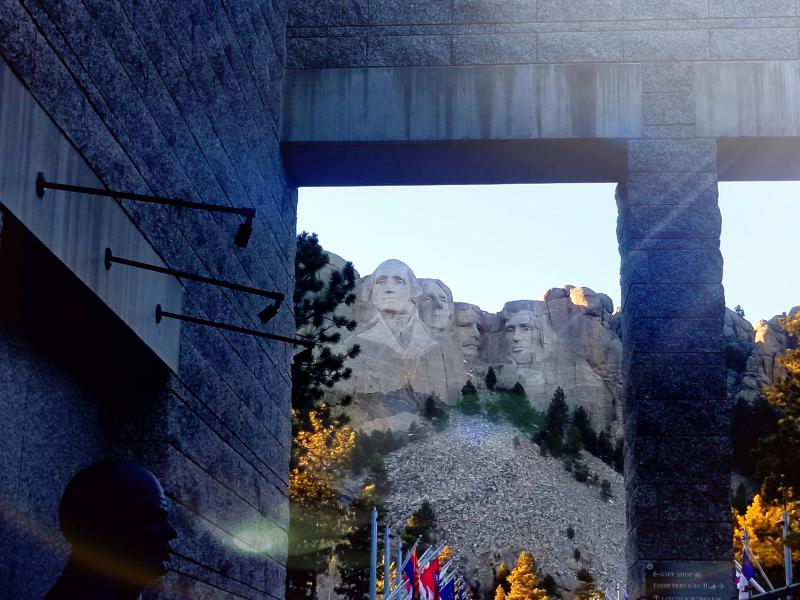 Put Mount Rushmore on Your Bucket List In 1923, South Dakota state historian Jonah LeRoy “Doane” Robinson was searching for ways to bring more tourism to the state.  He contacted Dan...